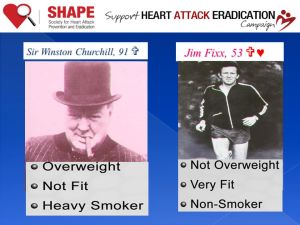 Last year, as with every year, in the final weeks before the ball dropped in Times Square, our popular media ran its montage of celebrity entertainers and athletes, statesmen and stateswomen who departed the stage in 2012. Runners—even our running heroes—when they exit rarely make their way into those montages. But that’s not to say that the media takes no notice of their passing. Each year, mainstream media offers a smattering of articles—most little more than footnotes—about runners who perished during or immediately after running this or that high-profile marathon or race. Occasionally one of running’s elite will fall, more or less in his or her prime, usually from a cardiac event. Most running-related fatalities, but especially those involving accomplished runners, are treated in a somewhat predictable and curious manner by mainstream media. The focus is rarely on the life and accomplishments of the runner, but rather on the irony of his or her untimely demise. Running-related fatalities (and even near-fatal experiences, such as that experienced by running icon and Olympic coach Alberto Salazar) renew the seemingly never-to-be-settled debate over the risk-benefit ratio of running and endurance sports in general.

From personal experience, such articles—when they aren’t scaring runners and would-be runners—occasion a bit of water-cooler razzing from those uninitiated or unconverted to the running life. Mostly this is done in good humor. To some extent we runners have it coming as a payback for all the times we have, by our mere motivated presence, unintentionally rubbed our superior fitness, discipline, genetics, etc., into the faces of those who on occasion at least aspire—whether or not they’ll openly admit it—to be more like us. This, however, will be one occasion when our more sedentary friends will profess not to aspire so much to our fit but at-risk state; after all, our heckler will remind us, he is standing in all his unhealthy glory while this or that elite physical specimen is no longer among us, having exited early doing the very thing that was thought to confer his or her advantage. Why endure the privations of clean living, healthy dieting and pushing one’s endurance limits only to succumb to an untimely passing? To punctuate his point, our heckler may even make certain that we see him devouring that second donut with all the marks of an easy conscience on his face.

I am neither a physician nor a sports physiologist, so I will gladly leave all scientific discussion of the merits and demerits of the running lifestyle to professionals. Regarding my personal case, I need no scientist to convince me that running has been integral to my own physical and mental health, and has enhanced the quality of my life and my sleep (before running I was a raging insomniac). In 12 years of running, I have not traced a single deleterious effect to putting one foot in front of the other and high-tailing it. Though I have not been looking to. And there, I think, is the rub.

Had I been looking for reasons not to run, I’m sure I could have found plenty. To quote the Talmud, “We see things not as they are but as we are.” To she who already despises running, something must be inherently wrong with running, she will reason. Her ego—which loves to be right—will find that something, whether it’s really there or not. And the scantiest suggestion—based on anecdote, sloppy journalism and agenda—that the running lifestyle is assailable, will serve to validate her instinct or belief that what she naturally dislikes isn’t worth liking anyway.

Running isn’t for everybody (just watch any episode of Friends that includes Phoebe, um, running). I have no difficulty admitting that. But that’s different than making broad and alarming statements about its being dangerous and at odds with health, fitness, longevity and even, yes, beauty. Why would someone make such dubious claims? In certain transparent cases we need only to follow the money. For example, in one online instance, the untimely deaths of runners was used as exhibit A by a personal fitness trainer who was very clearly trying to amass a base of clients who already loathe running by “scientifically” damning the source of their curses and promoting his program as a running-free safe zone. For his coup de grâce, this “fitness professional” went so far as to link increased cellulite to running, playing on his clients’ vanity.

Every now and then one meets the smoker who, in defending her right to smoke, will trot out the example of the pack-a-day user who happily lived to a ripe old age. With the running and the smoking backlash the same cultural phenomenon is at play. We are all wise by now to the folly of the smoker’s argument. He assigns undue weight to the statistical anomaly of the long-lived, healthy smoker. He amplifies the significance of the few lifelong smokers who beat long odds by surviving into their 90s. Likewise, the irresponsible journalist assigns undue weight to the statistical anomaly of the elite runner who suffers a fatal heart attack in his prime. The vast majority of elite runners do not suffer fatal heart attacks, but every so often, yes, one does. We all have it on the good authority of our parents that life is not fair. In statistical terms this will always mean that a small percentage of people who do all the right things will nevertheless depart young, and that a small percentage of persons who recklessly ignore prudence, common sense and Surgeon General warning labels, and who spend their lives seemingly courting an untimely death will somehow escape one. Dwell if you will on life’s little ironies. Or, to quote a popular running slogan, “Don’t think. Just run.” I know what I’ll be doing.