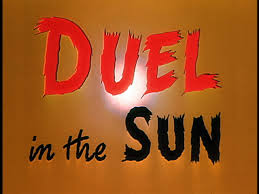 The philosopher Ralph Waldo Emerson once said that imitation is suicide. Try imitating a runner who is out of your league, and you’ll get a taste for what he meant. I tried once. A mile into a four (it felt like five) mile trail race, I saw one of my local heroes improbably near. For fun, I thought I’d try saying “Hi . . . . see you at the finish line.” I dug deep. I sidled up to my hero. With a calm that belied my red-lined condition, I said “Hi” and flashed him a cocky smile. He turned to look. He returned to his business–for a second or two. He looked again, as if to say, “Is that really you?” and, “What’s the silly smile for?” He was baffled. Weren’t hallucinations a side-effect of heat prostration (it was 84 degrees that day)? He looked at his watch–the universal signal for “this meeting is adjourned.” Predictably, he hit nitro and pulled away. Ordinarily I would have let it go at that, and watched him get smaller and smaller, until I lost him altogether behind the stands of scrub oak through which my straggler’s path led. But this was to be no ordinary day. As much from an impulse to confound as from anything more valiant, I dug deep and, rather unpredictably, sidled up to my hero again, this time with a snarl that let him know I meant business (though just what my business was, I didn’t know). He looked more bewildered than ever. His mind was reeling. Everything was going topsy-turvy. What would come next: pigs on the wing? From his point of view, something was seriously amiss with the universe. Would he reach the finish line to discover that apes were running the race? Taking advantage of his stunned condition, I pulled ahead of him. That’s right, ahead. What nerve! Who did I think I was: him? It was a surreal moment. Or was it? Surely this was suicide. I was about to implode. The jig was almost up. Another minute on borrowed time and I’d be exposed for the imposter I was.

Then the improbable happened. Was that a groan? I looked around. No one else in sight. Just me and my hero. There it was again: a groan of Promethean suffering. That tortured sound had come out of my adversary. He was hurting. There was a chink in his armor; here was a god who bled. Whether the universe had gone topsy-turvy or not, I was going to make the most of it. With the changing winds of fortune at my back, I spent the next 20 minutes running my adversary ragged. I was transformed. It wasn’t my adversary I was imitating now. I was Dick Beardsley. My adversary was Alberto Salazar. We were locking horns in our own private Duel in the Sun. But for us, there were no cameras, no cheering throngs, just the occasional volunteer showing two age-group competitors the road to a plastic statuette.

There were no apes manning the finishing chute. The world hadn’t gone to the meek or to the dogs. And I was—predictably—in my adversary’s rear view mirror. In the final 100 meters of the race, I didn’t even rate as a cheap knock-off of my adversary. I was a second-rate tribute act at best; he was the Beatles and I was BritBeat. Reality had kicked in—and what a kick it had held in reserve for me!

Were you expecting a happier ending—one where the underdog takes the day, where human will triumphs over a titanic VO2max, where Wylie Coyote’s investment in Acme scams finally gets him a drumstick. Now, that would be surreal. No, this was reality, and it was sweet enough. All was right with the world—really right. I—I!–had been within 100 feet of a finish line and still able to read the list of sponsors off the back of my hero’s t-shirt. Spent to the point of stumbling, I took my place behind—immediately behind!–my hero in the finishing chute. And what was that on my face? Shame? Humiliation? Disappointment? No. Just the silly smile.

Several running logs have been filled and shelved since that race, and I’ve never again come within a stone’s throw of my hero. There’s no going from strength to strength in this story. My hero’s always up there in some unattainable echelon. Maybe my derring-do was reckless, maybe even suicidal. Whatever it was, it haunted me, the way I’ve heard run-ins with death haunt one. I had briefly gone over to the other side, flirted with a place where one’s feet never touch the earth. But my place wasn’t there. It was back on terra firma, bound to race among mortals.

(Epilogue: In 2014, in the same race, I again came close to beating my hero…close but no cigar. Apparently there’s something about this course that plays to my strengths. Good to know that the years have been equally kind to each of us and that we’ve held our own relative to the other. Maybe in 2015 I can do something about that.)