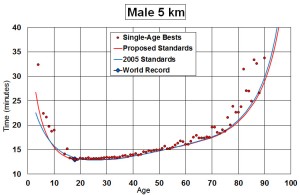 It’s New Years. Time to trot out my annual joke. Resolution talk always gives me the perfect segue. Jim says, “This year I’m going to get a better job.” Al avows, “This year I’m going to fix up the house.” Jane announces, “This year I’m going to put in more volunteer hours.” I add, “This year I’m going to get in shape.” I say it with a straight—and rather gaunt–face. For a second or two my remark goes unnoticed, it being just another of a billion similar vows made at this time of the year. It takes a moment for folks to process the remark and consider the source. Then it hits them. An eyebrow draws up and they give that “Are you serious?” look. I crack a smile. For the past 10 years I’ve maintained single-digit body fat and a personal fitness trainer’s build. How could I be serious? They laugh with me (sometimes it’s a strained laugh).OK, my joke (if you want to call it that) is a bit flippant. I’m careful with whom I share it. Most who make get-in-shape resolutions make them in earnest. For some, a resolution will be the crux of a miraculous physical transformation. And for a few, a resolution to shape up is the equivalent of choosing life over its untimely opposite. My joking avowal is, on the other hand, nothing more than a refuge. Staying in shape is just something I’ve been good at for over a decade. Cracking a resolution joke has been my way of shirking the responsibility of a real resolution.But this year will be different. Well, a little different anyway (it’s not like I’ll resolve to read the Encyclopedia Britannica or learn origami). This year when I resolve to get in shape, I’ll mean it. No joke.

Now before rumors that I’ve hit the skids reach the ears of my two or three competitors (you know who you are), I still look exactly the same. And I still run 30 miles a week and hit the weights. But I know the difference. My heart and lungs sure know the difference. Only I can attest to the effort I’ve put into my training (and more importantly, the effort I haven’t put into it) this past year. I’ll just say that I wouldn’t want to tangle with any of my ghosts of New Years past (not the latest ten releases anyway). But give me eight weeks of dedicated training…and voila. I’ll take them all on! Or at least I’ll be ready to tangle with the competitors in my age bracket. I just need to resolve to do it. And what do you know? It’s New Years Day, aka, resolution day.

OK, my getting out of shape didn’t happen by accident. To quote Pee Wee Herman—a first for me–, “I meant to do that.” I’ve read that once every decade a runner should take a year off from hard running (or any running—yikes). For most of 2010 I was 44 years old. 2010 seemed like the right year for taking a year off, coming at the back of the 40-44 year old age bracket. I raced very little as a 44 year old. Now I’m 45 and I need to get in shape–racing shape–to beat or lose to folks pushing the half-century mark. Don’t laugh too loudly all you 20-somethings; you’ll get here—it’s just a matter of time. So how hard can it be? I mean, I can cut myself a little slack, right? Folks will put it down to my having lost a few steps, right? Wrong, thanks to the concept of age-graded standards. These standards are designed to hold aging runners accountable for giving maximal effort; they keep us honest. Having found running late, I PRd in the 5k at the fatherly age of 37, grabbing a 19:24 on a certified course at front-range altitude. According to the age-graded math, this suggests that a 19:04 could have been mine had I taken up running in my 20s. At 40, I hit 19:48 on the same course, suggesting a 19:03. A second better, but essentially the same. At 43, I crossed the line in 20:08. In age-graded parlance that’s 18:50—a new PR by a long shot! A new PR until 2011, that is. Excuse me while I go to the age-grading calculator and see what I have to pull off this year for a new “PR.” OK, it looks like 20:30 will do the trick. Really? I let the program crunch the numbers again. Same result. I may be deceiving myself, but that sounds easy. Surely I can do that. Who said aging isn’t fun? Now I have a number to shoot for. No self-respecting resolution-maker plies his or her trade without an achievable numerical goal. I’m feeling pretty good about the resolution thing. But wait . . . here comes that if-it-sounds-too-good-to-be-true-then-it-probably-is feeling. Self-doubt creeps in and next thing I know my parade is being called off on account of a slanting deluge. There’s no way it can get easier to set “PR”s the older I get. I get the feeling that the age-graded calculator is the brainchild of some trickster over 40—who hates to concede. I long for the days when I compared myself to my glory days and felt badly about it. If “science” won’t hold me accountable, then this year I’m going to do exactly what I did (without a resolution) every year before 2010: train as hard as I can and hope to break 20 minutes. And maybe I really will take up origami in 2011.